Quickly switch to new branch with unstaged changes in Git

Consider the scenario where you’re working on a Git branch called featureB and you have a lot of unstaged files in this branch.

Now, for some reason, you don’t have to work on this branch anymore and switch to a new branch called featureX (which is currently non-existent) and apply all the unstaged changes to this branch.

The usual way of doing this would be to…

That’s quite a process to follow. But what if I tell you, there’s a command to do all of this all at once?

There’s this git switch command using which it becomes fairly easy to switch between branches.

Especially, the scenario I mentioned previously can be done in a cinch using this command.

So, if you want to switch to the featureX branch from featureB, this is how you can do it using git switch.

And that’s it! This command (with the option -c which means create) will create a new branch called featureX, switch to it, and apply all of the unstaged changes of the featureB branch. 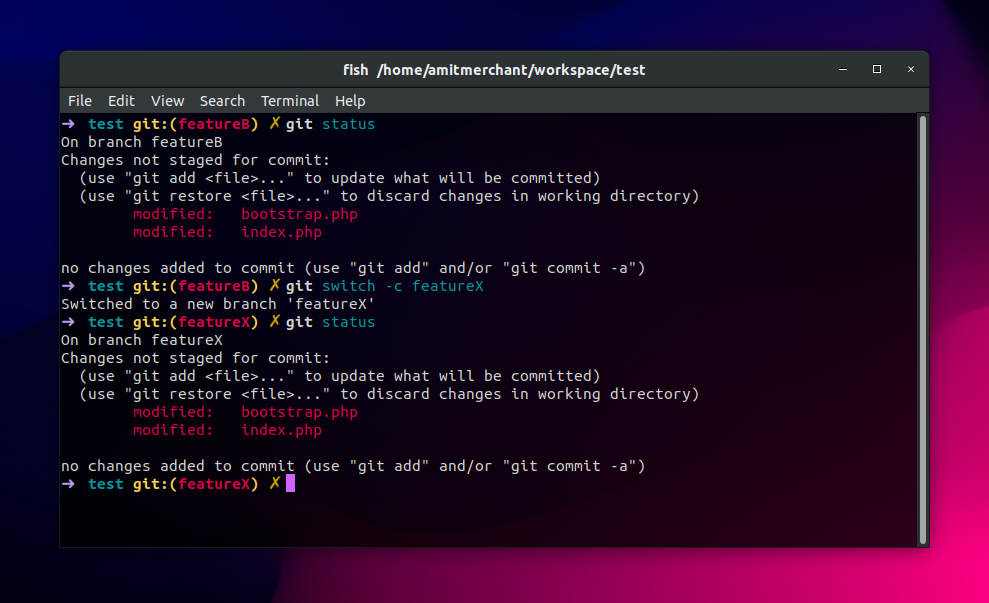 Learn more about this commad — git-switch

Previous: Hide an image entirely when it does not load in HTML Next: Displaying currency made simple in JavaScript