Recently, I happened to install the Laravel Envoy library in my Linux-powered machine. Now, if you don’t know, Envoy is a task runner that can be used to define and run common tasks on your remote (and local) servers. You can set up tasks for your application deployment such as Git commands, artisan commands, and a lot of other CLI-based things.

Now, coming to the issue I faced. To use Envoy, you’d need to install it globally using Composer using the global require like so.

I ran the above command and I got the following error and the installation got terminated. 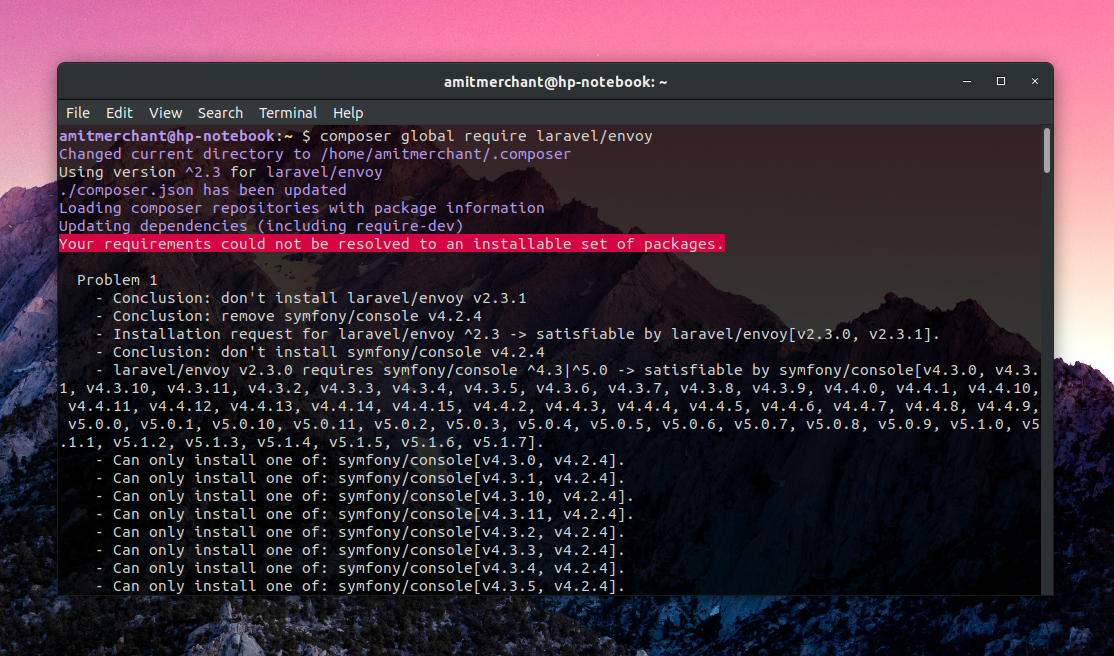 Essentially, the error is saying that the intended version of Envoy that we’re installing is dependent on another library called symfony/console which needs to be installed first.

So, I tried to install the required version of symfony/console as suggested in the error message but then again I ran into another dependency-related error. And this is where this library called consolidation\cgr came to my rescue.

Once installed, I tried to install the Laravel Envoy using cgr like so.

And boom! it successfully/gracefully installed it without any sort of dependency related issues. And as a bonus, I didn’t have to put $HOME/.config/composer/vendor/bin or $HOME/.composer/vendor/bin to make the envoy command work in the terminal and that is also managed by cgr.

This is one example but you should consider using cgr if you happen to install Composer libraries globally for painless installations.

You can learn more about consolidation/cgr at its official documentation.

Previous: Binding additional information to views using composers in Laravel Next: How to use .env values in Laravel Envoy