More often than not you’ll find yourself in situations where you would need to search keywords or phrases across your project.

Doing this is easy when you’re using a visual editor or IDE with you. But sometimes, you want to search through your project directory on your server through the terminal. How would you do that?

Well, it turns out, it’s pretty easy if you’ve set up Git for your project. In this case, you can use a Git command called git grep to accomplish this. The command will list all the occurrences of the keyword inside the project directory along with the file paths.

For instance, let’s say, if I want to search the string “human-readable” into my project, I can do it using the git grep command like so.

Here specifying the -n option will prefix the line numbers to matching lines. 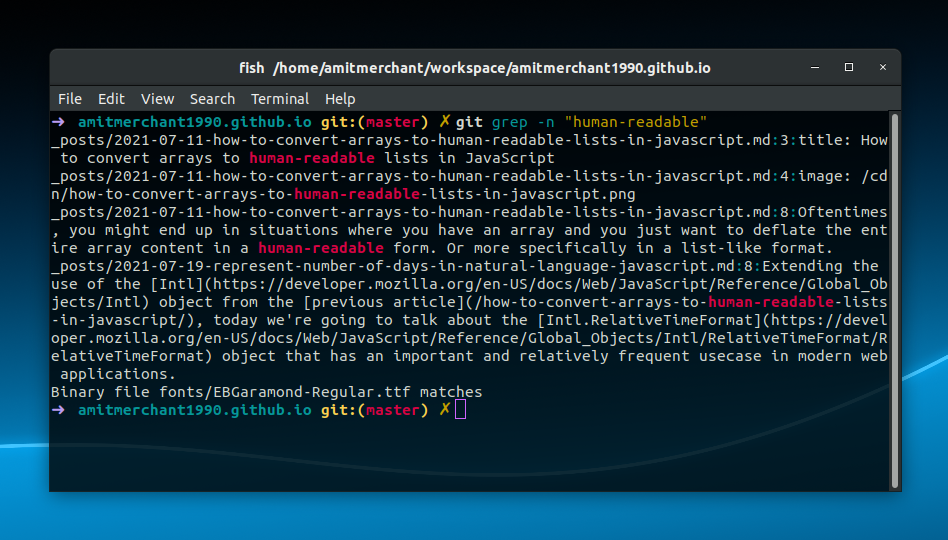 As you can tell, the command has listed all the occurrences of the keyword (highlighted in red color) along with the line number where it occurred.

Now, this is fine but you can improve the output further by using few more options like --heading and --break like so.

The output for this command would look like the following. 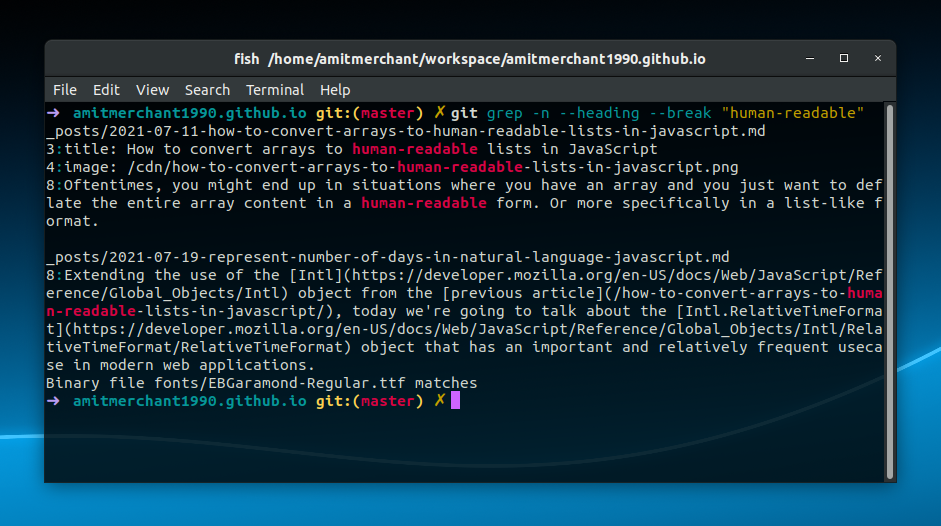 As you can tell, the output is now more refined where the --heading options will show the filename above the matches in that file instead of at the start of each shown line, and the --break option will print an empty line between matches from different files.

Previous: The new @class Blade directive in Laravel 8.x Next: Filter certain values from the output of JSON.parse() method