If you’re a 90’s like me, you most certainly be the fan of all the cartoons from Cartoon Network, Disney and the other similar franchises. That was an era of classic cartoons such as Tom & Jerry, Popeye the Sailor, The Flinstones, Disney’s Mickey Mouse and lots others.

So, the other day I was checking out Jake Parker’s artworks/illustrations and I found this concept illustration called “Travelers of the Five Kingdoms” and I was just awestruck by the creativity and detail of the picture. And that’s when the idea struck!

It was basically a perfect opportunity for me to put down a similar kind of picture of all my favorite childhood characters on canvas. I followed the theme Jake has used in “Travelers of the Five Kingdoms”, which is basically a group of characters moving towards a certain direction. I noted down a few characters from my childhood nostalgia, put down a plan and started drawing the picture.

And here it is! “The Ultimate Crossover” because apparently the characters are from different franchises which I’ve mentioned earlier. 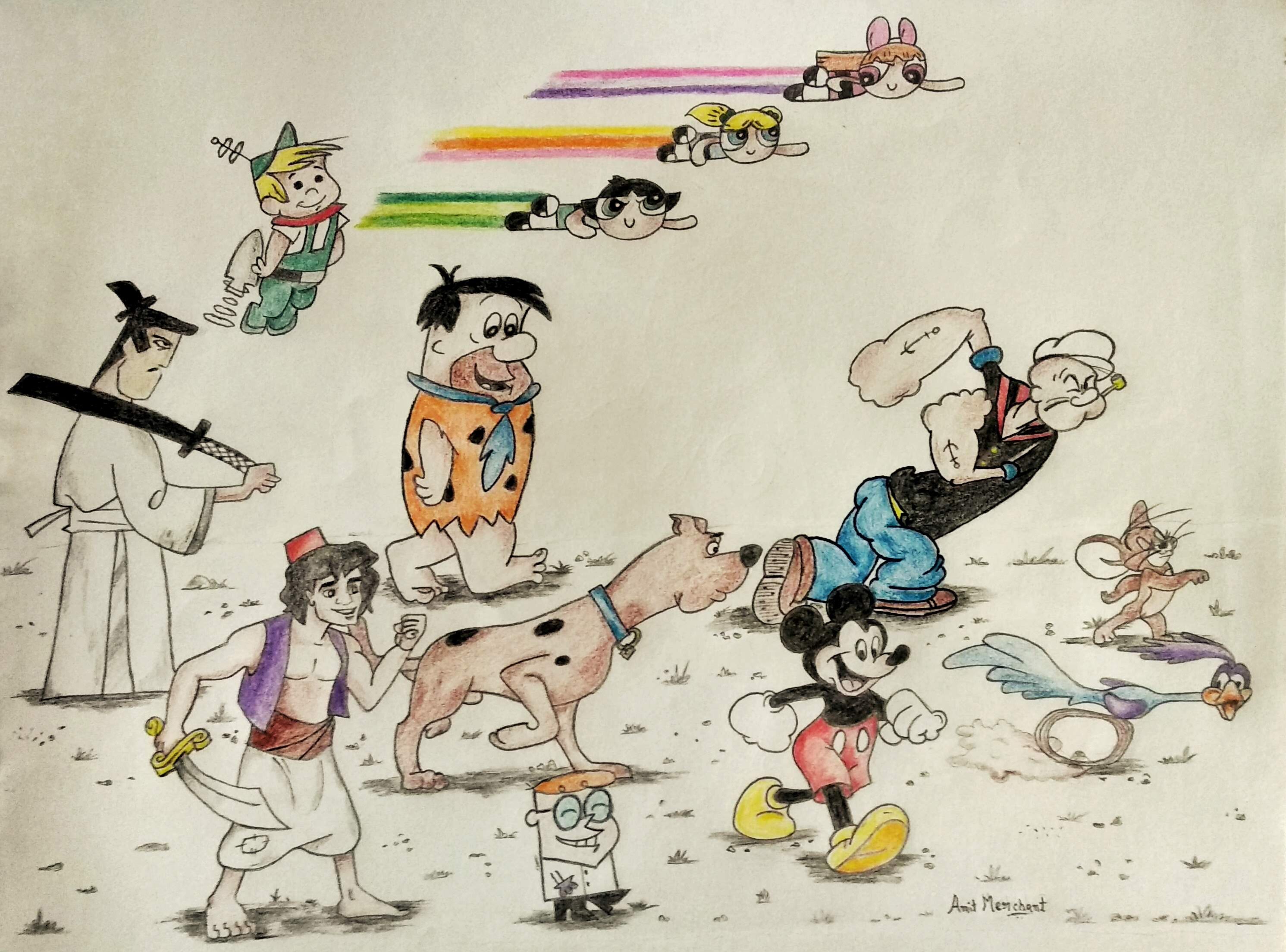 I guess this makes a nice blend of different characters which has a single purpose of “travel” to some place of some sort and it also succeeds at maintaining the nostalgia for an “adult kid” like me as well. It took me almost one and a half-day to complete the entire illustration but it was worth the time I suppose.

Next thing I’m going to do is, framing this and hang it on my wall so that I can re-live my childhood memories every single day!

If you’re interested, you can buy this illustration as a print over here.

Designing websites keeping floating tab bar of Safari 15 (on iOS) in mind
Get your website ready for new tab bar theming of Safari 15
Moving to a privacy-focused and open-source comment system on my blog
Publish now, fix later