console.trace — A better alternative to console.log

If you ask me what is that one thing that I (over)use when working with JavaScript, the only answer you’ll get is console.log().

You can use the console.log() method to output messages to the web console. The message may be a single string (with optional substitution values), or it may be one or more JavaScript objects.

Maybe printing an object which is breaking the flow of your application or just checking a weird conditional.

The console.log() method can be certainly at your rescue in these situations but you know what there’s one more method called console.trace() which is exactly like console.log() but more useful.

As I mentioned, there exists this method called trace() inside the console object which does exactly the same as the log() method but apart from just printing the message, it also provides a stack trace.

Essentially, it will show you the call path taken to reach the point at which you call the console.trace() function.

Take the following for example.

If we run the above example in the Chrome dev tools, you will get the following. 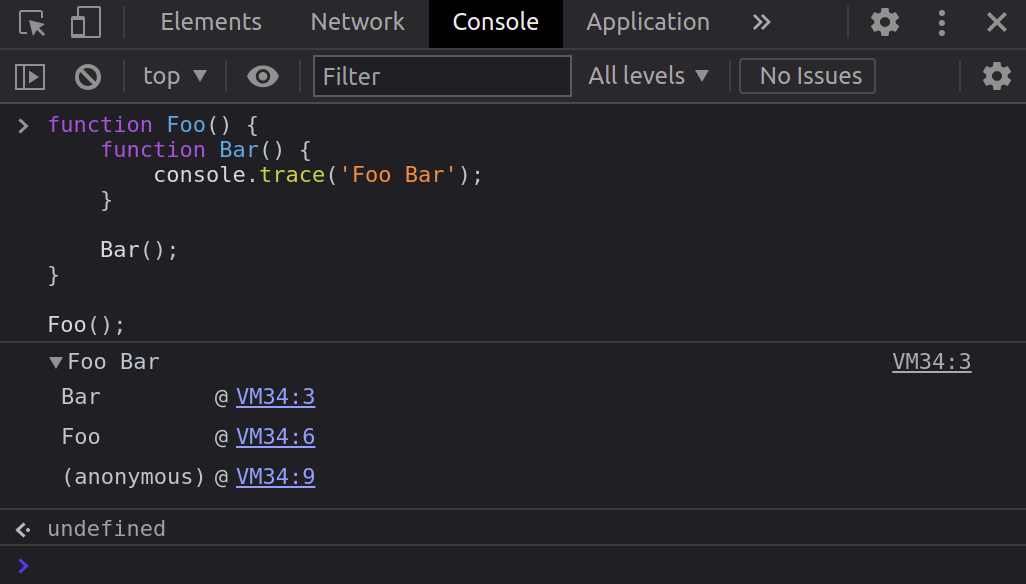 As you can tell, the console.trace() method prints the message “Foo Bar” and on top of this, it also shows the entire call path from which the method is called.

This is useful in scenarios where your application is complex and you are not able to figure out how some of the methods are being called from different modules or files.

The console.trace() would give you an entire stack trace of the functions including the files from which they are called.