This is the story of how my simple looking(but functional) Notepad app went from zero users to almost 10k monthly users without any sort of marketing and advertising. I’ll mention various aspects which have helped in increasing the growth of this app and some other things in between.

In year 2016, the progressive web apps had raised many eyebrows in the web development world. So, to dive into the PWA world I’ve started working on this very simple Notepad app. I wanted to learn the concepts behind a PWA and I didn’t want any complexities in just setting up the app. That’s the main reason I chose such a simple idea and even a simpler implementation. I’ve quickly created a simple Notepad using HTML, a littlebit of JavaScript, jQuery and of course ServiceWorker. I’ve created a respository for the same and did my first commit which you can see here and hosted it on GitHub pages here. I’ve also posted it on the “Show HN” section of Hacker News which obviously didn’t get a warm response.

Honestly, This was just a hobby project and I didn’t have plans to market it but I kept working upon it and tried to improve the functionality and look and feel of it while keeping it as minimal as possible. I’ve also worked upon one aspect of this app(which I didn’t know would be very useful a couple years later). I’ve kept the app responsive, have put all the meta tags which helps in increase SEO ranking. A year later, I’ve got the domain name called notepad.js.org from the good guys at js.org. This gave this little project a URL that is search engine friendly and the one people can remember. This also made the site secure by enabling https over it which is an important aspect for getting any site getting up in the search ranking. 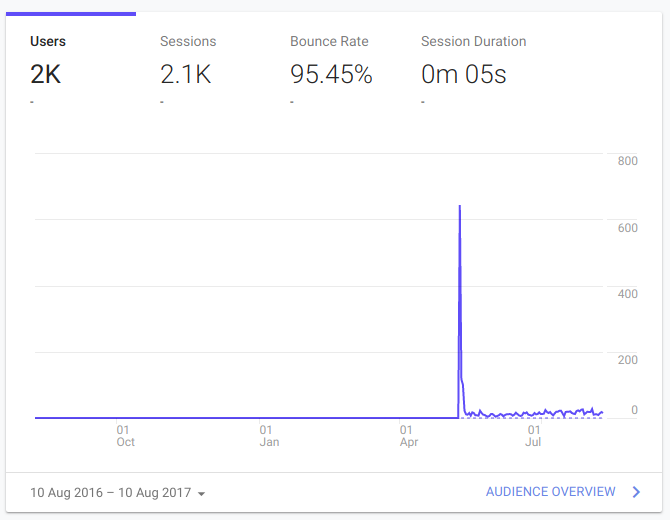 As you can see the image above from Google Analytics, the webapp have very less users back in 2017. i.e. the period between Aug 2016 to Aug 2017 because it has just launched and the search rank of the site was pretty low. But then one day magic happened. 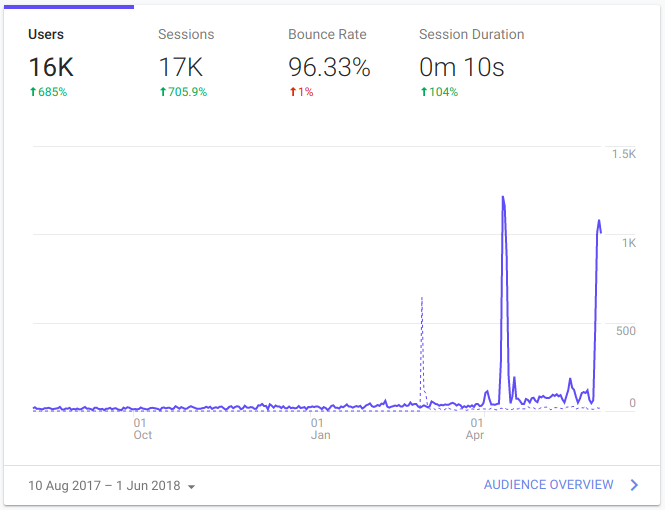 You see that spike? It was around 11th April, 2018. I’m still not sure what has sparked that much of traffic onto my site but it was huge but I suppose it was all happened because of the SEO optimizations. It had attracted around 1.2k users in a single day. And that has greatly benefitted the app go up in ranking across search engines. From this point onwards, the webapp has started getting a significant amount of traffic everyday. 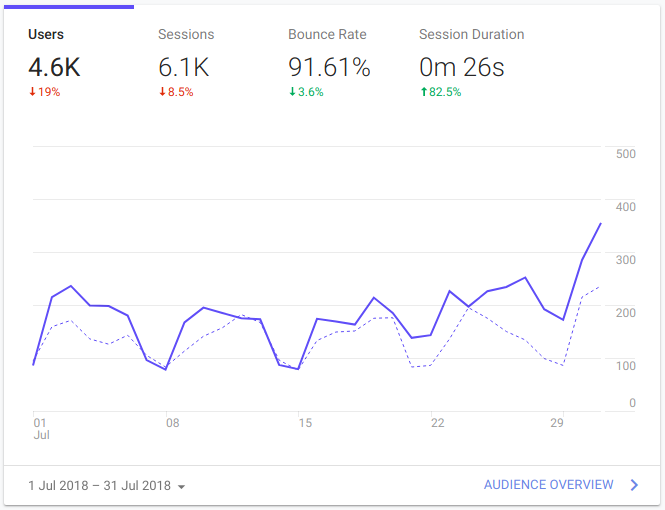 The above screenshot is of July-2018’s analytics. As you can see, the traffic has started from 80-100 users per day to as much as 350 users per day towards the end of the month. This is all thanks to the SEO that have been optimized over couple of years and it was all organic. 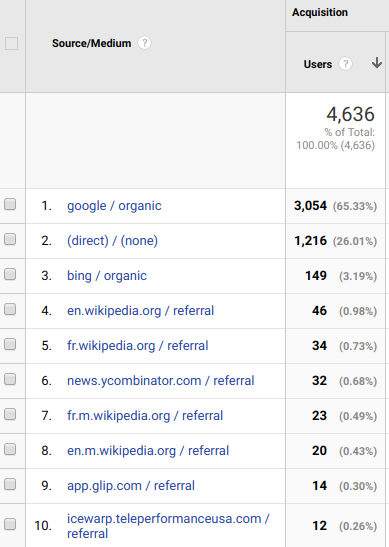 As I’ve observed from the Google Analytics, people were end up visting my site by searching keywords such as Notepad, offline notepad, notepad pwa and so on. Another interesting thing I noticed from the analytics is that the users from Phillipines region is using the app more than the rest of the world. I’m not sure why. 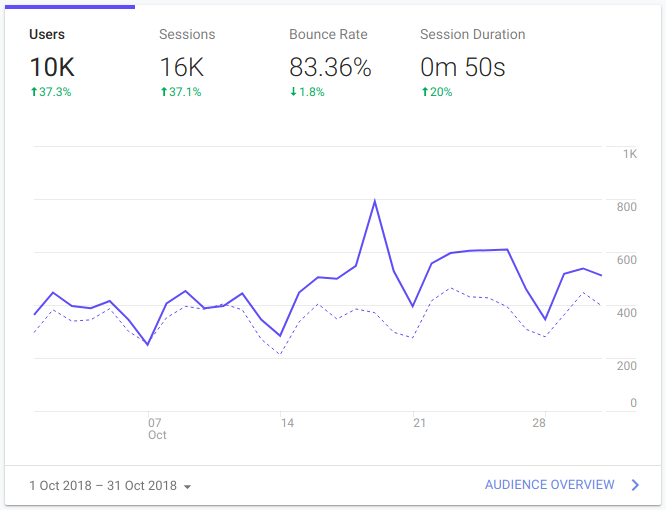 The above screenshot is of October 2018 where as you can see the website has achieved 10k monthly users. Yay!

In a nutshell, it was nothing but game of SEO, some useful improvements in functionality and pinch of patience altogether which has helped this little app gain so much of usership over the years and I hope it will continue getting such love in future as well. I hope you learned something from this article and in case if you want to know some more insights, let me know in the comments below.

Increasing Productivity with Omni — The Alfred of Chrome
My Recap of 2021
Get the size of the subdirectories and files in Linux
Designing websites keeping floating tab bar of Safari 15 (on iOS) in mind
Want to book an Ad slot here?
Sweet... let's talk then!